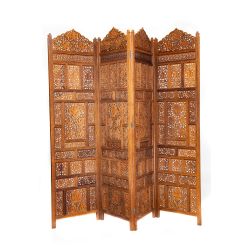 in its own right and on behalf of each

seller whose name is registered at

for the items on sale and Benedetto Trionfante casa d'aste s.r.l.

accepts no responsibility with

regards to the buyer other than that

which may derive from its position as

2. The items are sold to the

highest bidder for cash: in the case

of disagreement between more than

one high bidder, the disputed item

may, at the sole discretion of the

auctioneer, be relisted for new bidding

during the same auction. When

personal responsibility to pay the price

agreed inclusive of the Auction

Commission and all other due fees

right to withdraw any lot from the

has the right to separate or

join lots and to change the order of

4. An auction commission of

25% plus VAT on the entire value of

the sale item plus expenses

is to be added to the final selling

mandates for buying (written and

telephonic) and raise bids through

the auctioneer at public auctions.

Benedetto Trionfante casa d'aste s.r.l. may not be held responsible

in any way for not receiving

written or telephonic offers or for

any errors or omissions in said offers.

6. In the case of two identical

offers for the same lot, the offer will

be awarded to the offer which was received

reserves the right to annul the sale

contract of the assigned lot.

for the seller and declines responsibility

of the items in the catalogues, brochures

or any other such descriptive

material: the descriptions as stated

with all other illustrations are purely

indicative. All auctions are preceded

by an exhibition in order to allow

a thorough examination of the authenticity,

quality of the items. After the assignment

nor the seller can be held responsible

for flaws with regards to the condition,

authenticity, weight or quality of

to the possible auctioning of each lot

is printed under the description of

said lot and do not include the Auction

commission to be paid by the

purchaser. These estimates are nevertheless

made well before the date

of the auction and may therefore de

subject to modification. The descriptions

of the lots in the catalogue

may also be subject to revision

via communication to the public during

in full of the final price and Auction

Commission, in any case, full

payment in Euros must be made

within seven days of the assignment.

Having paid the final price and Auction

must collect the lots bought at his

own risk, responsibility and expense

within seven days of the purchase.

will be exonerated of all responsibility

with regards to the purchaser

deterioration of the items.

Any transport costs will

be the responsibility of the purchaser.

If specifically requested by the purchaser,

and at their risk and expense,

transport and insurance of the lots.

a) return the goods to the seller and

demand from the buyer payment of

b) act in order to obtain enforcement

c) sell the lot at a private sale or

subsequent auction, and in any case

detain as penalty any deposits paid.

11. Purchasers are required to

uphold all laws and regulations

in force with regards to the items

declared to be of particular importance

and for which the procedure

of declaration was began in accordance

with article 6 es. Of the legislative

n?490, with particular regards to

article 54 of the same decree. The

export of goods by the purchaser,

resident and not in Italy, is regulated

by the aforementioned decree

and furthermore by customs, currency

and tax regulations in force.

The approximate cost of an export

about 45 days following the application

to the export office of the 'Ministero

The application for an export license

is to be sent to the Ministry on

payment of the lot and with explicit

written authorization of the purchaser.

Benedetto Trionfante casa d'aste s.r.l. is not held responsible in any way to the purchaser

with regards to any eventual export

nor for any license or permit

which the purchaser of a lot must

ac- quire in accordance with Italian

law. In the case of the State exercising

the right of withdrawal, the

the seller, of interest on the price or

12. All information regarding hallmarks

of metals, carats and weight

of gold, diamonds and precious coloured

gems are to be considered

in said information nor for the

falsification of precious items. Some

weights in this catalogue have been

ascertained by way of measurement.

This data is to be considered

approximate and must not be considered

13. These Conditions of Sale are

automatically accepted by all

those participating in the auction

and are available upon request to

Any dispute is to be under the jurisdiction

of the court of Palermo.

PORTAPROFUMO in porcellana dipinta a mano

LAMPADARIO in ferro a quattro luci

DIVANO a due posti in pelle

MOBILE BAGNO a due vasche